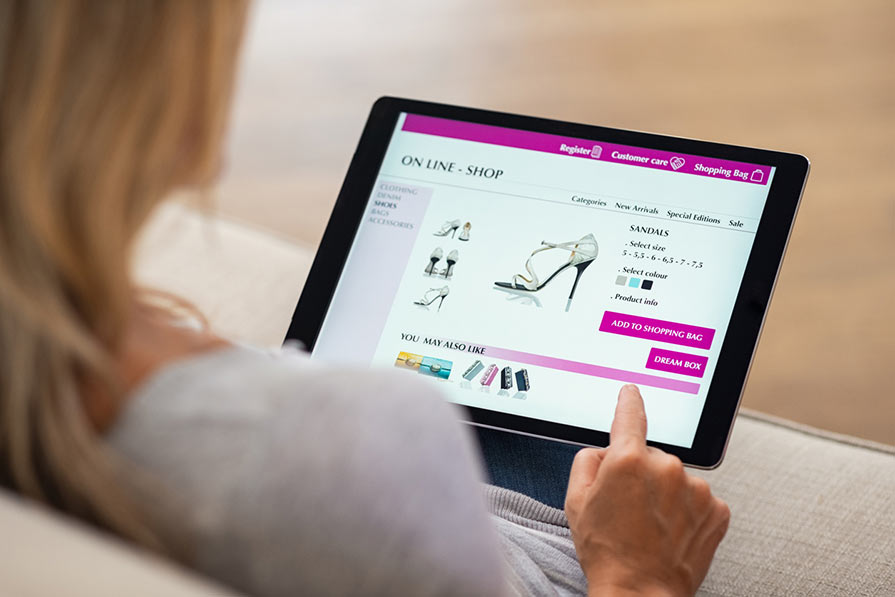 Multi-Channel Advertising and the Consumer Funnel

The world population currently stands at 7.8 billion people — and nearly 630,000 publicly traded companies are vying for their attention every day. So how can your business create messages that cut through the din and turn potential leads into loyal customers? You lure them into the consumer funnel.

Ask a group of advertisers, and they’ll each sketch a different version of the funnel, since it isn’t a sanctioned diagram so much as a representation of the sales cycle that can change according to the marketing strategy applied to any given account. But the classic B2C funnel resembles an inverted pyramid that proceeds top-to-bottom in this order: “Awareness, Interest, Desire, Action.” To really understand the funnel, let’s take a test-run of it ourselves, tumbling from its broadest echelon down to its narrowest point, and touching on the best tactics associated with each stage as we go.

When people embark on what’s known as the “customer journey,” they’re often just searching for information about a business or a product. For that reason, the topmost level of the funnel is usually referred to as the “awareness stage.” Consider this the cast-the-net-wide step, in which marketers will advise you to dedicate time to consumer research so you know who your audience is, where to find them, how to appeal to them, and which top-of-the-funnel tactics — such as blogs, webinars, infographics, SEO content, or social media posts, to name a few — you want to push out for the sake of lead generation (that is, stoking interest in people, or gauging how interested they are in continuing on this customer journey with you).

Let’s say your target audience is people who want to sink some money into their house. When they’re at the top of the funnel, they’re probably just Googling, “How much does a home reno cost?” rather than scoping out pictures of herringbone backsplash tile on Pinterest. The ad that a savvy digital marketer should serve them at this juncture needs to communicate that, hi, we’re a construction company, and we can give you an honest quote whenever you need it. ‘How convenient,’ your future clients think, as they click further down the funnel …

So now you’ve waved your arms around enough that people are taking notice of you. Leads have been generated. Attention has been captured. Next you’ll need to teach the consumers who you lured in your direction about your company or the services you offer. The “interest” phase is where all the leads that you’ve attracted suss out into only the most “qualified leads,” which you should view as prospective customers. That net you cast in the last step has turned into a lasso, and you’re switching from social posts and webinars to blogs and email campaigns tailored to your qualified leads’ interests.

Even further down the slide we go into the “desire” phase. Before now, you and your qualified leads have been orbiting each other. But the time for coyness has passed and the terms are clear: You want them, they’re considering buying from you, but they’re still reading reviews and comparing products. Nudge them onward with case studies and customer testimonials, and if you’re an online retailer, build in functionality that lets them drop what they want in a virtual shopping cart — anything that’ll push the customer out of their will-I-won’t-I hesitations and into making a purchase.

If all goes well, we will arrive at the terminus of this customer journey once someone makes a purchase, be it a crib from West Elm or the agreement to hire you to do a home renovation. The immediate goal is a sale, true, but the larger objective of a digital marketing strategy is to fatten up that inverted pyramid so that it better resembles a cylinder or an hourglass: Again, the top echelon is the widest, and it tapers to the “action” (sometimes called the “conversion”) phase. Ideally, however, it enlarges once more after that, swelling into a base of retained customers who buy from you again and again, and who advocate for your brand with glowing reviews left on your site. The tactics at this stage? Try referral programs or re-engagement email campaigns to personalize the relationship and encourage repeat purchases.

The funnel can be flipped upside-down, turned into a figure-eight, swapped around depending on whether it depicts a B2B or B2C play, and so on. Yet despite all the rungs you can layer into it, the premise remains pretty intuitive: Snag your audience’s attention, whet their curiosity, and convert them into a loyal purveyor of your shop. What distinguishes an old-school marketing strategy from a digital marketing strategy, however, is that today the funnel is piped through with a web of channels — so many that the current lingo for our field is “omnichannel” or “multi-channel” advertising.

Those channels might be TV, radio, computers, cell phones, or some combination of all of the above. People are paying attention to different channels at different times throughout the day, so catching their attention becomes more complex if they’re on multiple devices at once. Which means digital marketers need to place their ads on an array of channels to grab consumers’ attention in a way that still encourages the use of multiple devices.

Here’s an example: Imagine that you’re a “Real Housewives of New York City” fanatic. (Or, at least, someone you live with has it on literally all the time.) TV producers realize that when you’re watching that show, you’re probably also scrolling on your phone or your tablet, so they float out overlays of hashtags (#rhony, anyone?) during an episode to get you to post about it. Then, at the end of a season, when Andy Cohen hosts a “reunion” among the housewives, he reads out a lot of those posts. Sure, he’s stoking tempers and digging into old wounds (and making bingeable TV in the process). But he’s also reinforcing the feedback loop between social and TV channels — asking reality stars how they react to criticism from their audience about their outrageous behavior, even though their audience tuned in just to see that outrageous behavior in the first place.

And that is merely one dimension of Bravo’s media plan: Encourage viewers to comment on the show, poke more antics out of the housewives with those comments, and keep driving the meta-cycle that blurs the line between audience and actor.

All the channels connect. Run a hashtag campaign on Bravo, and someone might post about it on Twitter. Advertise on YouTube, and someone might search for your product on Google. Once you transpose the channels — which are like on-ramps weaving through the funnel — the picture of an inverted pyramid piped with a cluster of extensions can appear dizzyingly 3D. Tempting as it is to assume that this framework will always entice your customers, this is not necessarily a if-you-build-it-they-will-come situation. Customers click around faster than any marketing team can concoct a media plan, which means your analytics need to track them and your strategy needs to adapt to their interests, not the other way around.

So link up all your channels, but before you hose your audience with content, pinpoint the essential service that you’re giving them: An online selection of tropical plants? A newsletter of haiku and short stories? A minute-by-minute update of stocks that they should invest in? Never forget, their loyalty depends on the value you provide them, which means you need to identify your user personas and hone in on the overlap between what you’re selling and what they’re looking for. Whenever possible, make the consumer journey enjoyable rather than results-obsessed, and you may find that customers are more likely to re-enter the funnel at their next opportunity.