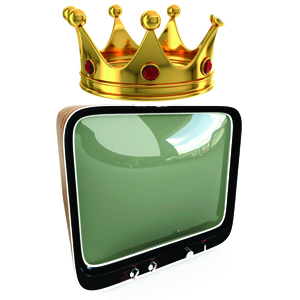 It’s that time of year again: the advertising orgy known as the Super Bowl. Each year, brands line up to pay a sum greater than the GDP of the country of Burundi to spend 30 seconds on the world stage promoting themselves to the largest TV audience on the planet. In between commercials, a football game is played. This year’s Super Bowl audience was the largest ever, making it the most watched TV program of all time. The effectiveness of the ads is debatable, but brands certainly got a lot of eyeballs on their products. To honor the financial sacrifice these brave brands made this year, we’re dolling out some awards. Without further ado, the Jacob Tyler Super Bowl Ad-wards:

Expanding on their “Up for Whatever” campaign, Bud Light treated an unsuspecting bar patron named Riley to a real life game of Pac Man. The set was constructed in downtown LA, populated with 20-somethings to cheer on the action and Michael Buffer to kick the game off. We’ve got to say, it looks really fun. Maybe real life Donkey Kong for next year?

The “It Takes a Village” Award: Newcastle Brown Ale for “Band of Brands”

In a wonderful sendup of the Super Bowl ad frenzy – and a clever financial gambit – Newcastle recruited 37 other brands to pitch in money for this 30 second spot featuring a couple hurriedly trying to mention all of the brands before time runs out.

Because, puppies. Not everyone agrees though. The wolf lobby was none too pleased.

The little-known brand leaped into the spotlight with this delightfully odd spot that features a group of socially awkward people in fanny packs getting down to a glue-themed reggae mix. Your move, Crazy Glue.

The “Wait, What?” Award: Nationwide Insurance for “Make Safe Happen”

Super Bowl Sunday is generally a feel-good day for families and friends to get together, eat food, drink beer and be merry. But it’s also a time to be reminded that THE WORLD IS INCREDBILY DANGEROUS AND IF YOU ARE NOT CAREFUL KIDS WILL DIE. Nationwide’s controversial spot drew a ton of criticism and some pretty funny memes. When grilled about the appropriateness of the ad, Nationwide said they wanted to “start a conversation.” Mission accomplished!

Dad ads were big on Super Sunday with spots from Nissan, Toyota and more. But Dove takes the prize with a heartfelt spot featuring dads being dads.

The Guilt Trip Award: Weight Watchers for “All You Can Eat”

OK, this isn’t technically an ad, but any mention of the 2015 Super Bowl that doesn’t include Left Shark just doesn’t seem right. During the halftime show, a pair of sharks joined Katy Perry onstage for a dance routine. The shark on the left – now forever known as “Left Shark” – was hilariously out of sync – and quite possibly drunk – causing the Internet to explode. Left Shark went from total obscurity to the undisputed star (with apologies to Malcolm Butler) of Super Bowl XLIX. How’s that for a jump in Q score? #WeAreAllLeftShark

Want to discuss how you can make a big impact with your brand? Fill out the form to the right – let’s talk!