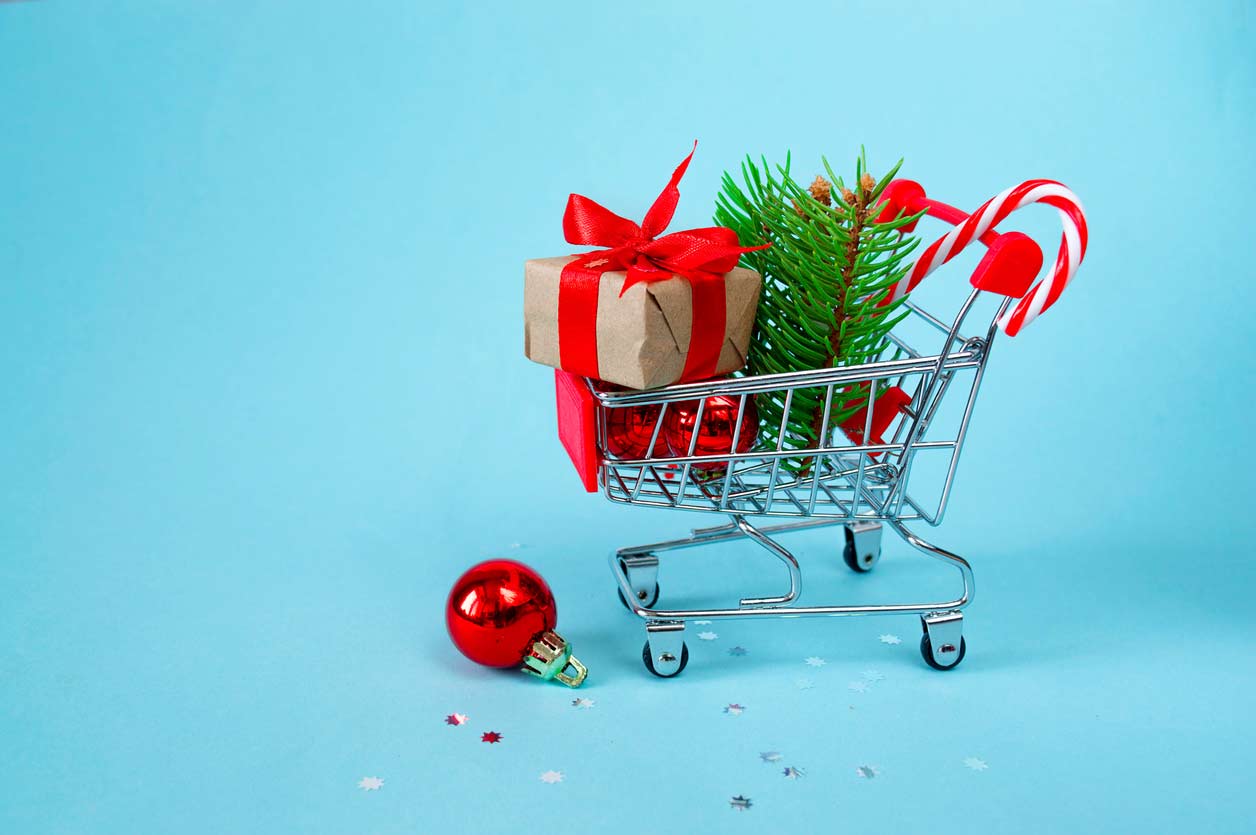 Shopify vs. WooCommerce: Which eCommerce Platform Should You Use Over the Holidays?

Overnight, the bags of candy on the shelves disappear, and the mannequins in Santa hats pose atop mounds of tinsel in the window displays. Starbucks busts out their jolly red cups. The sere, yellow leaf drifts to the ground—in weather that still feels like it’s early September, because, let’s face it, none of the climate summits are gonna accomplish much, anyway. Oh, yes, the holidays are here, and ecommerce merchants everywhere are fine-tuning their stores to suction up any sales that may be floating around them over the next few months.

Fifteen years after it launched in 2006, Shopify now commands 11% of the total ecommerce market share, and supports over 1.7 million businesses in 175 countries. We’ve suggested before that Shopify is best suited for companies earning under $50 million a year, in part because it’s not as customizable as WooCommerce. But we’re getting ahead of ourselves. Here are some of the benefits and downsides that you’ll likely encounter with Shopify:

Talk about user-friendly! One of the draws of Shopify is that it’s so easy to set up. Create an account, purchase a domain—or sync with an existing domain—choose a theme from among thousands of options, and you can accept credit card payments starting your first day. Shopify is also a hosted service, so it has a support team ready 24/7 to handle any technical difficulties associated with, say, your storage sprawling out of control or your web traffic mounting to unsustainable levels. They’re also strong on security: They give bounties to anyone who can hack their system and identify core vulnerabilities (with the goal of continuously fortifying their defenses). Shopify may not be the best platform to sell complex products and services through, but they do take care of a sizable portion of the ongoing gruntwork for you.

Shopify’s app gives its users a mountaintop view of their sales, orders, abandoned checkouts, product lists, gift cards, and so on, all consolidated in one place. The reports also track a bevy of metrics—including payment methods, sessions over time, which countries your orders are coming from, among others.

With every second it takes for a website to load, the probability of visitors bouncing out goes up. For that reason, Google penalizes sites with interminable load times—and for that reason, Shopify values speediness. They’ve set up a content delivery network (or CDN) to help your images load quickly, and they stay up-to-date on the latest code and SEO techniques to make sure your ecommerce platform pops up for your customers without delay.

Having a team of developers on call who manage any snafus that may arise in your store is convenient. Keep in mind, though, they’re so helpful because you operate by their rules. They let you add different currencies and up to five languages to your site, but you have to buy an app to show translated content, and the more you scale up, the more expensive your plan becomes. They also limit you to a storefront, a blog, and a few simple pages. And while Shopify gives you access to your data, that data lives on Shopify’s servers, so it’s never entirely yours. Food for thought.

The themes that Shopify lets you pick are equivalent to your online shop window. Some of those themes cost $150–$300, but many other themes are free, they’re mobile-responsive, and Premium themes are more customizable. The issue, though, is that if you want to tinker with your themes, you’ll have to master Shopify’s programming language, Liquid—or hire someone else to master it for you.

To incorporate rich snippets—metadata that help you rank higher in the SERPs—you’ll need to download an app or toggle with some of the code on your site. Shopify also doesn’t let you rewrite your URLs. That doesn’t mean those URLs will be so cluttered that search bots can’t read them. But it does mean it’s more difficult to optimize them the way you want them to read.

WooCommerce appeared five years after Shopify, but the latest reports indicate that it owns roughly twice as much of the ecommerce market share as its more senior rival. Here are the specs on WooCommerce: Open-source, free to set up, and a plugin for WordPress. (No WordPress, no WooCommerce.) Details to follow.

Practically limitless themes and product variations. Flexible checkout options and pricing models. Riding atop a CMS that currently powers about 42% of all websites. Whereas with Shopify you’re at the mercy of its own decisions about its platform, WooCommerce’s chief selling-point is the control that it gives its users. Plus, new extensions and themes are always getting rolled out, so you can expand and fine-tune on your terms and timeline.

Remember how Shopify hosts its own platform? With WooCommerce, you have to pick your host, but a comparison of costs between Shopify and WooCommerce on a provider like BlueHost shows that WooCommerce can be anywhere from half to 10% of the cost of Shopify, depending on how advanced your plan is.

Inexpensive, unbounded customization options? What could be wrong with that? By itself, nothing—if you’re a developer. But if you’re a non-specialist, non-programmer type sans the budget or connections to configure WooCommerce on your lonesome, you may find the maintenance involved in this ecommerce platform to be overwhelming.

Shopify effectively controls your site, but they do all the behind-the-scenes work for you. WooCommerce gives you full proprietorship of your online store, but, like a lot of store owners, you’re the one flipping the chairs and turning off the lights at night. Finding a hosting provider, buying an SSL certificate, updating your plugins—you gotta figure all that out. You do recall how Shopify dares hackers to breach their system so they can patch cracks in their stronghold, don’t you? Yeah, WooCommerce doesn’t provide that service. You are your own night watch.

We touched on some costs of these platforms, but let’s delve into the particulars:

With five payment plans ranging from $9 per month to $2,000 per month, Shopify’s pricing structure is pretty straightforward. Where the calculations become complex is when you factor in transaction fees, as well as online and in-person credit card rates—which, depending on your plan, vary down to the tenth of a percentage. Features like apps, plugins, and premium themes add to the expense.

In certain ways, WooCommerce’s costs are more difficult to tab up than Shopify’s, since WooCommerce doesn’t have a tiered pricing framework. Instead, its payments are more a la carte. They include plugins, themes, hosting, security, custom coding, a domain name—and they, too, vary depending on what you want. (One difference is that WordPress plugins are usually one-time fees, while Shopify apps are often charged monthly.) So, fair warning: Your spending can sprawl. At the same time, you can refer to pricing tables that give you cost estimates for basic, mid-range, and advanced sites.

Shopify and WooCommerce each support a suite of payment gateways, including many you’ve surely heard of—PayPal, Stripe, Square, among others. Shopify accepts regional funds from Suriname to the Seychelles, while WooCommerce accesses a lot of niche payment gateways, such as Postgiro (which is Swedish) and Przelewy24 (Polish). That functionality is equally impressive, but since WooCommerce merchants have to run their store on their own, if they don’t have the acumen to fix glitches, install updates, or smooth over technical fiascos, their payment gateway may fall down or close up, which could result in lost sales.

WooCommerce and Shopify are two popular ecommerce fulfillment services on the market, but they’re not the only ones out there. Here are a few other platforms worth checking out:

If you think WooCommerce is complex, wait till you open up Magento. Global brands will be thrilled with this platform’s customization options—but that’s because those brands likely have development departments that can play around with Magento’s demos, layouts, virtual shopping carts, and library of over 5,000 extensions. Magento does, however, court small businesses with its Magento Open Source offering, while Magento Commerce is its premier version that comes with a subscription fee.

Time was, “Squarespace” was a byword for a bush-league sitebuilding tool that no self-respecting brand would use. That time has passed. The designs on Squarespace are getting sleeker every year, and its drag-and-drop feature tends to be intuitive for non-designers. Low prices are a plus, and it’s easy to set up. Squarespace is nearly the opposite of Salesforce Commerce Cloud—it’s best for small vendors with simple products that don’t require a lot of features, integrations, or payments gateways.

So Which One Should You Use?

Shopify or WooCommerce, WooCommerce or Shopify—which one will serve you best as your ecommerce platform of choice over the holidays? Allow us to be vague: It all depends on you.

Since the holidays are nigh, poke around on the Shopify and WooCommerce sites to see which is best for you. After all, the right online store can help you check at least one item off your wishlist: Blockbuster Q4 sales.